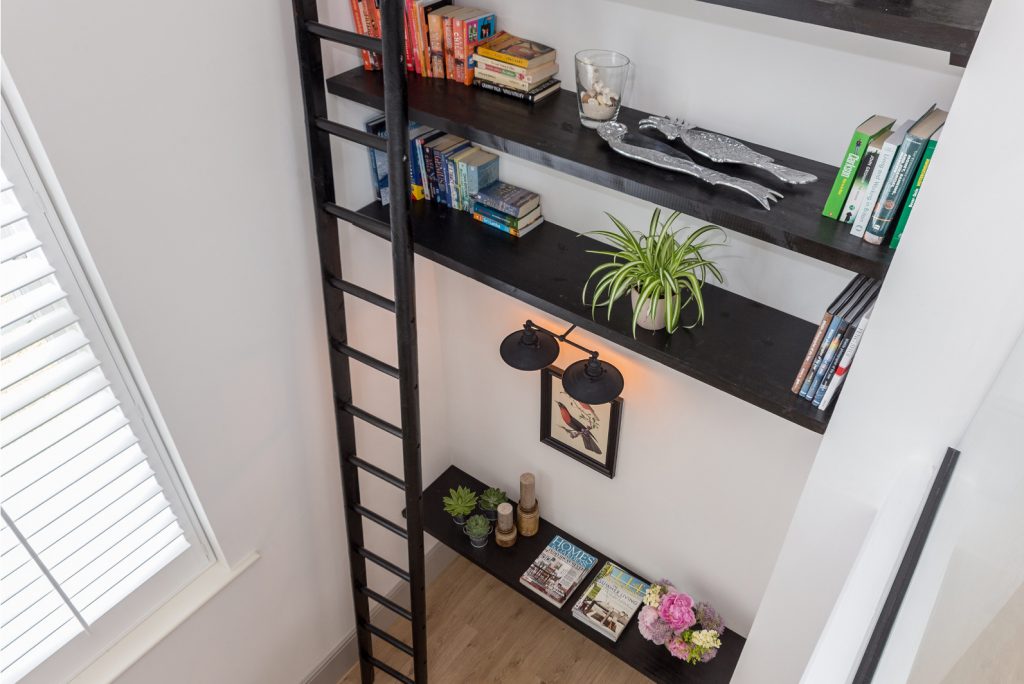 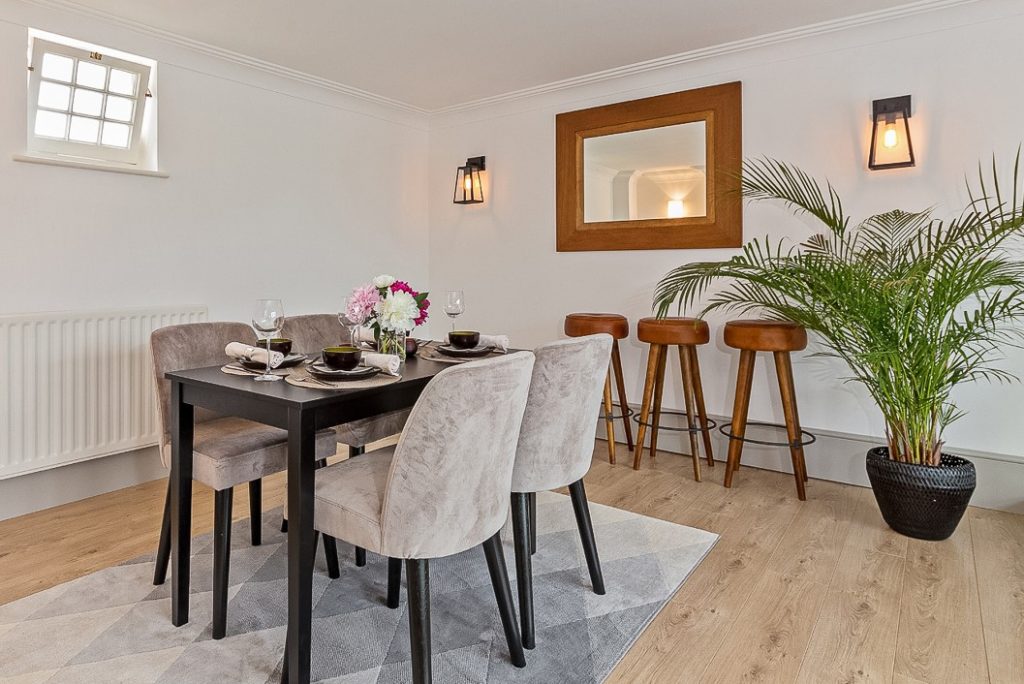 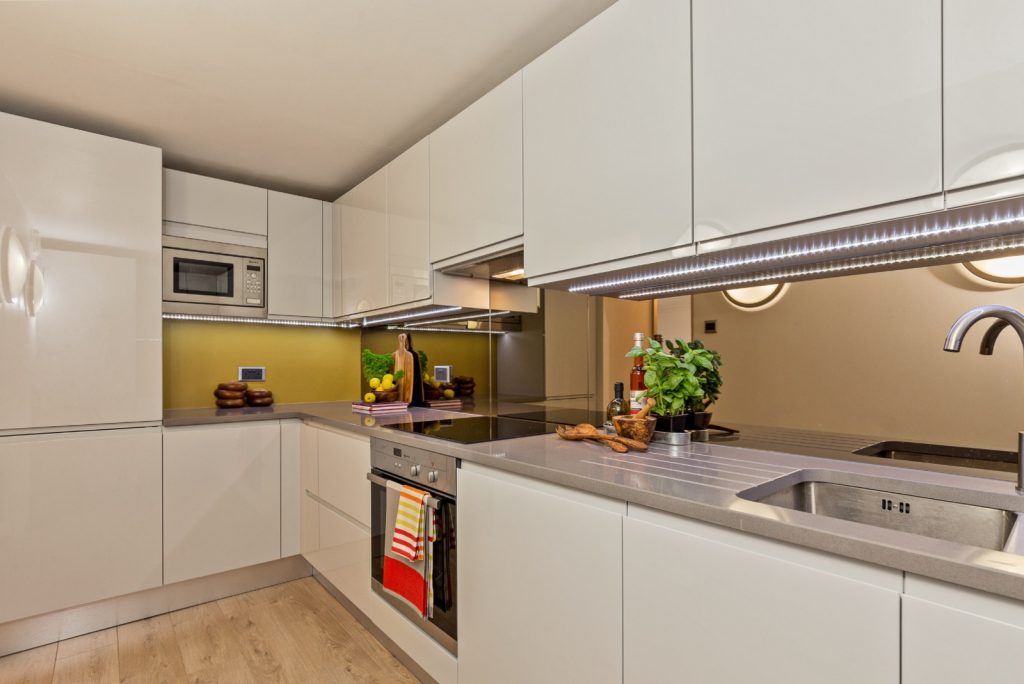 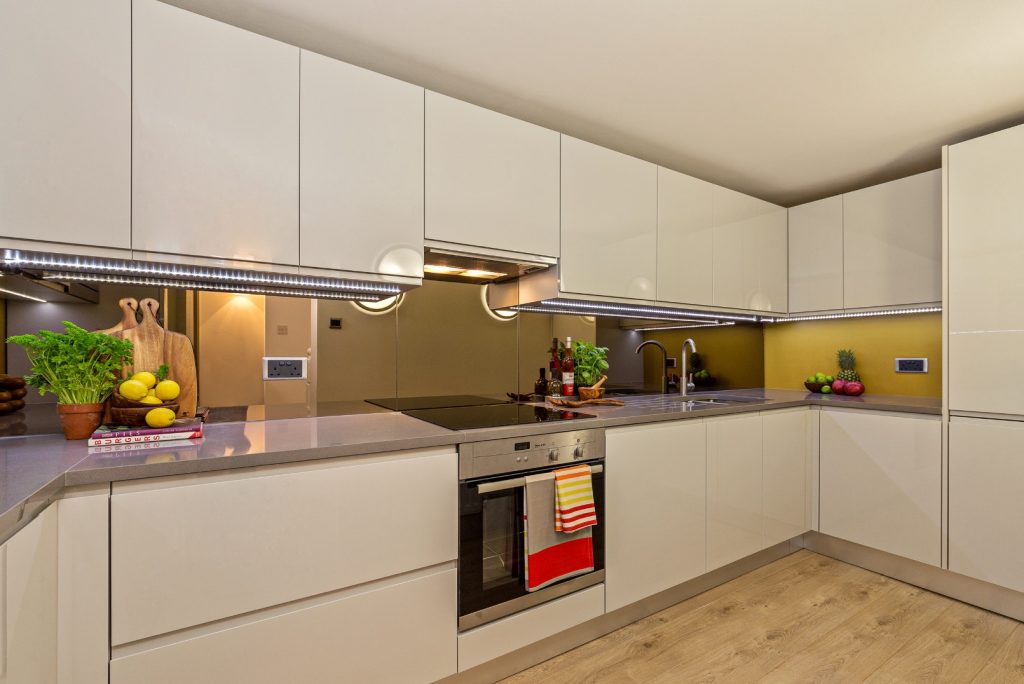 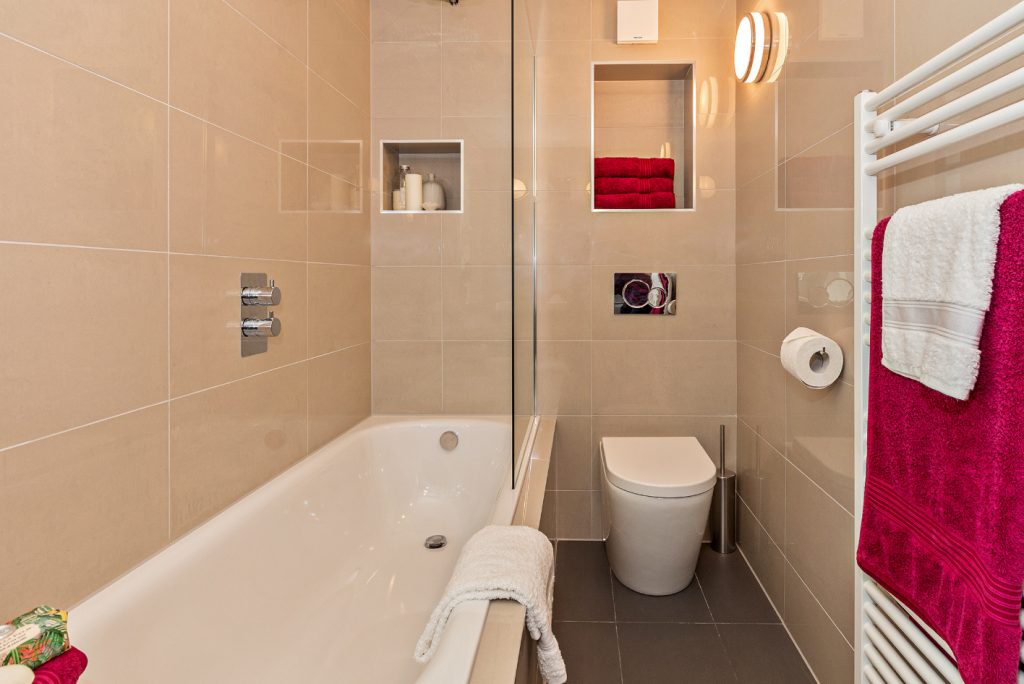 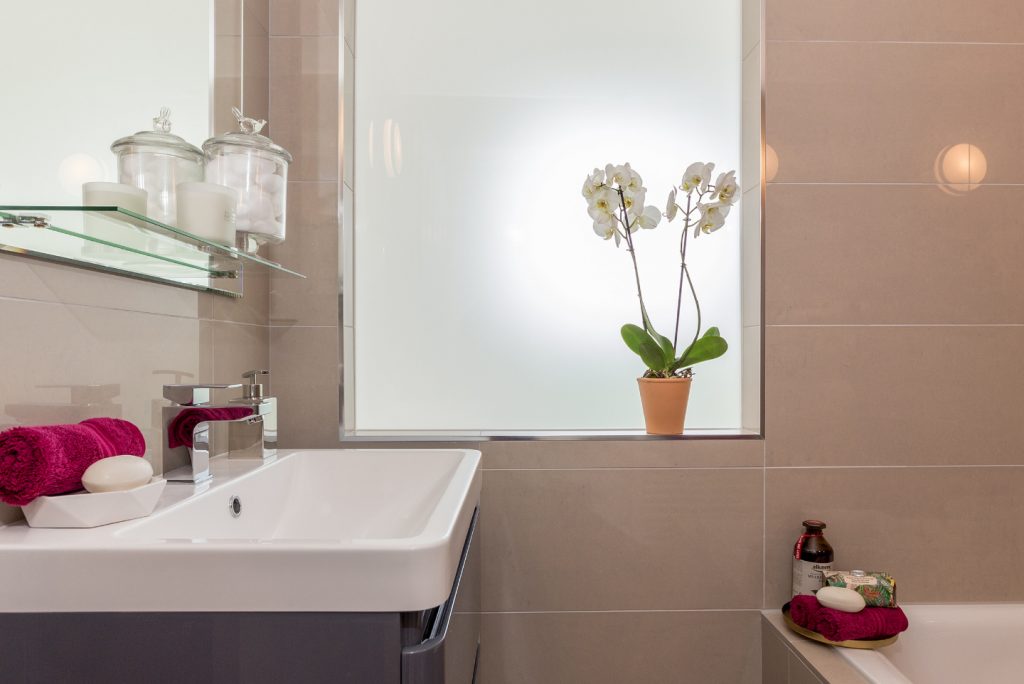 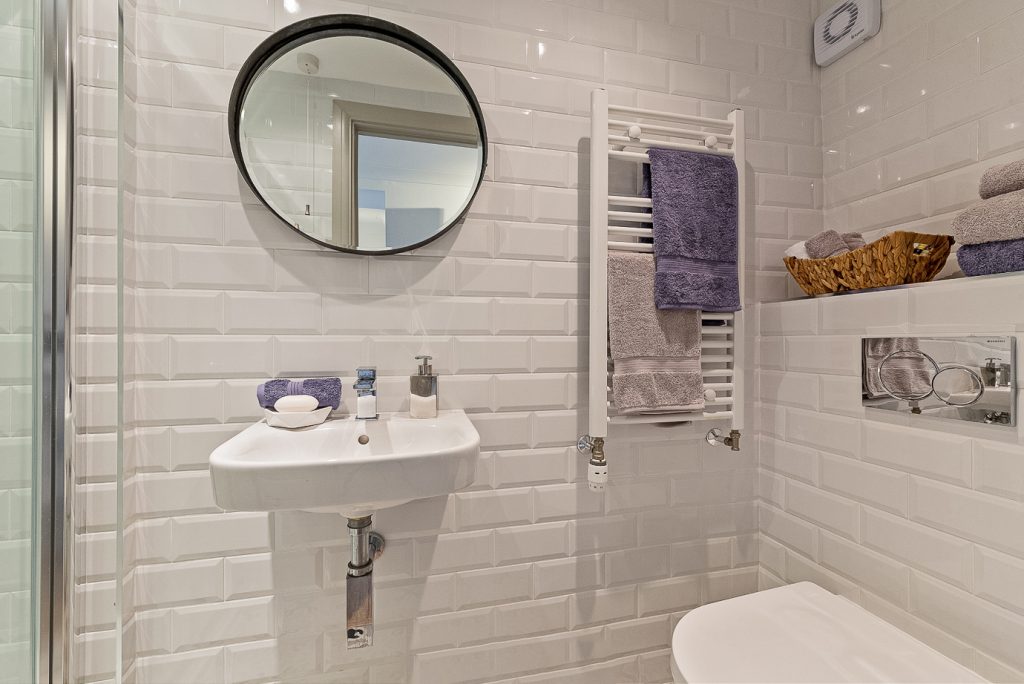 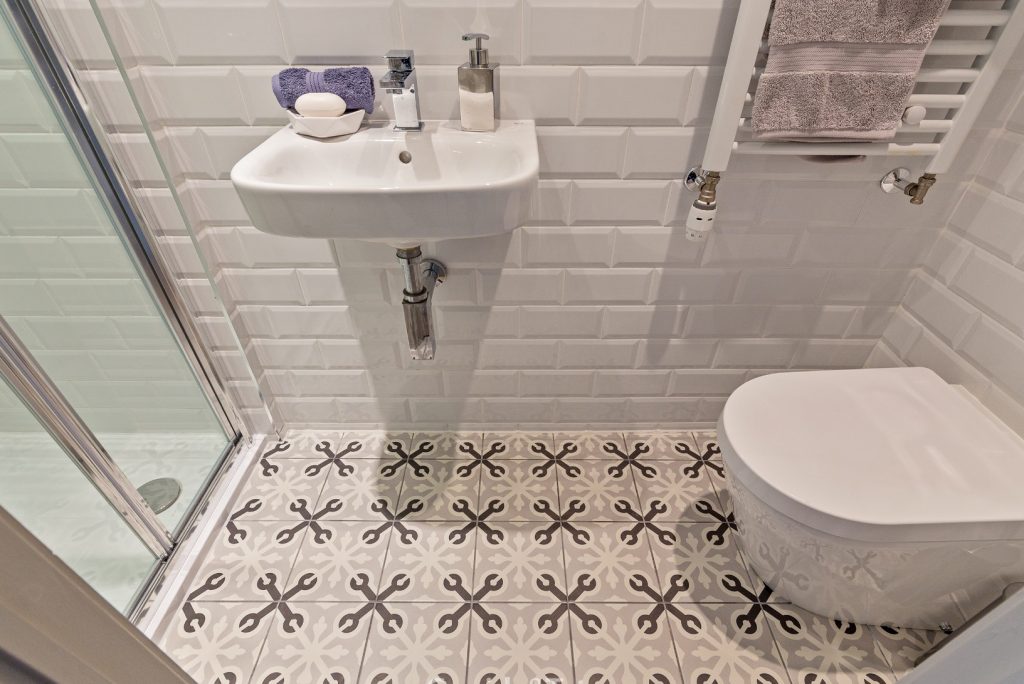 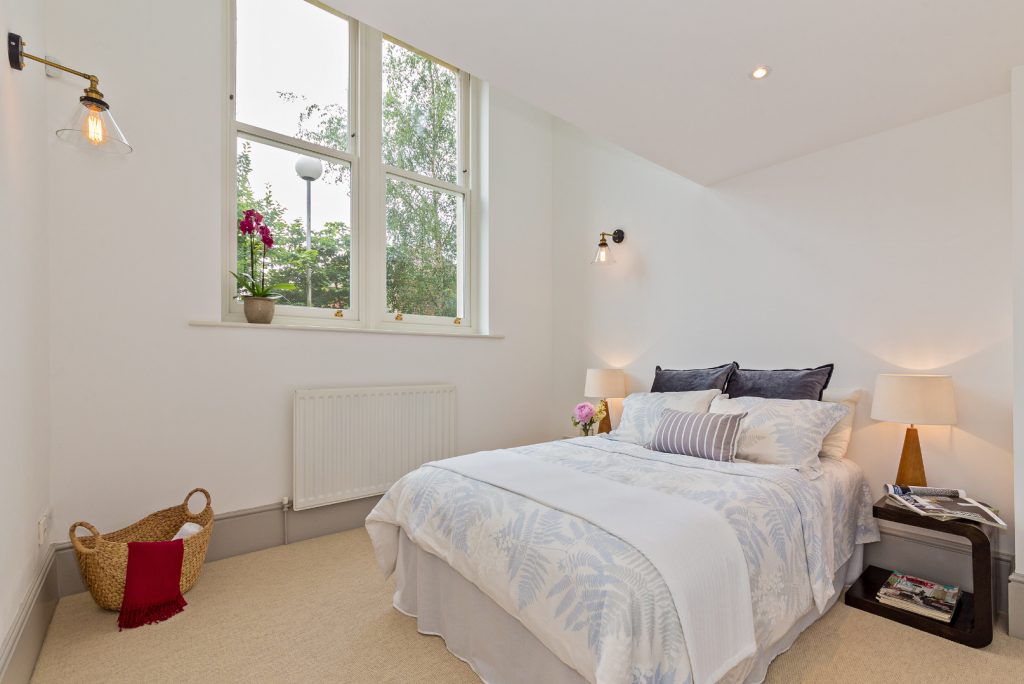 This property, in St. Albans, Hertfordshire, was an old hospital in Victorian times, and used to house patients with contagious diseases until the advancement of antibiotics in the 1950s reduced the number of such patients significantly. It was later used as doctors’ offices before being converted into residential units about ten years ago.

The property has nice high ceilings, a gallery level and beautiful double height sash windows. These make it very unique and would appeal to professional buyers who are looking for something quirky and different. Although it was converted into residential units not too long ago, the interior was dated and of a similar design to all the other units in the same development. Having been tenanted for most of the time, the property suffered from extensive wear and tear, and would benefit from some updating.

The double height windows were obscured by heavy blackout curtains which blocked out a lot of light, making the living room and gallery level very dark and unwelcoming. The owner also had large number of oversized and mismatched pieces of furniture in the lounge. 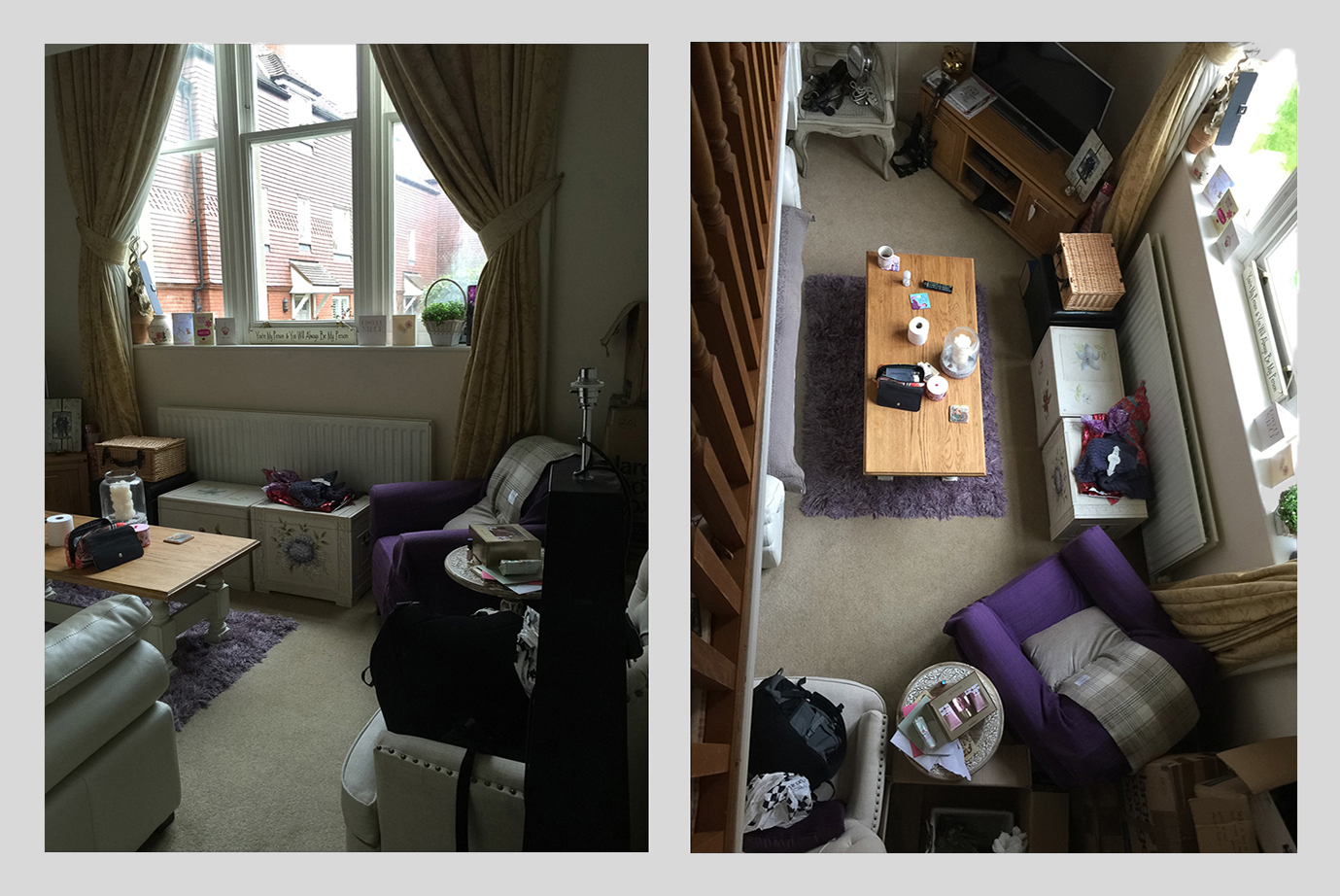 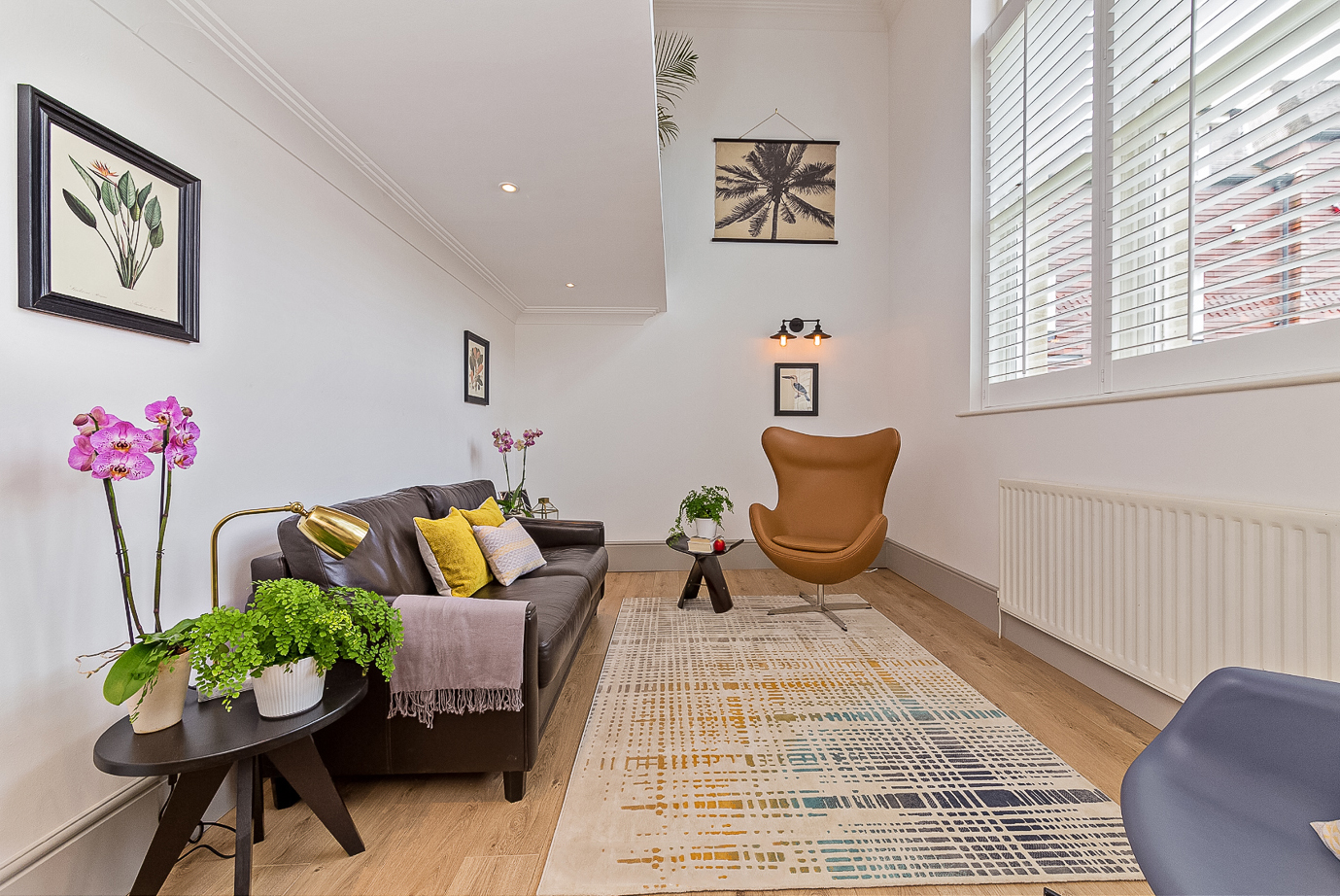 The lounge was completely decluttered. Window shutters replaced the heavy curtains, letting in alot of natural light which made the space appear much bigger and brighter. A leather sofa and iconic accent chairs were brought in to create a modern and chic living space, ideal for the target professional market. 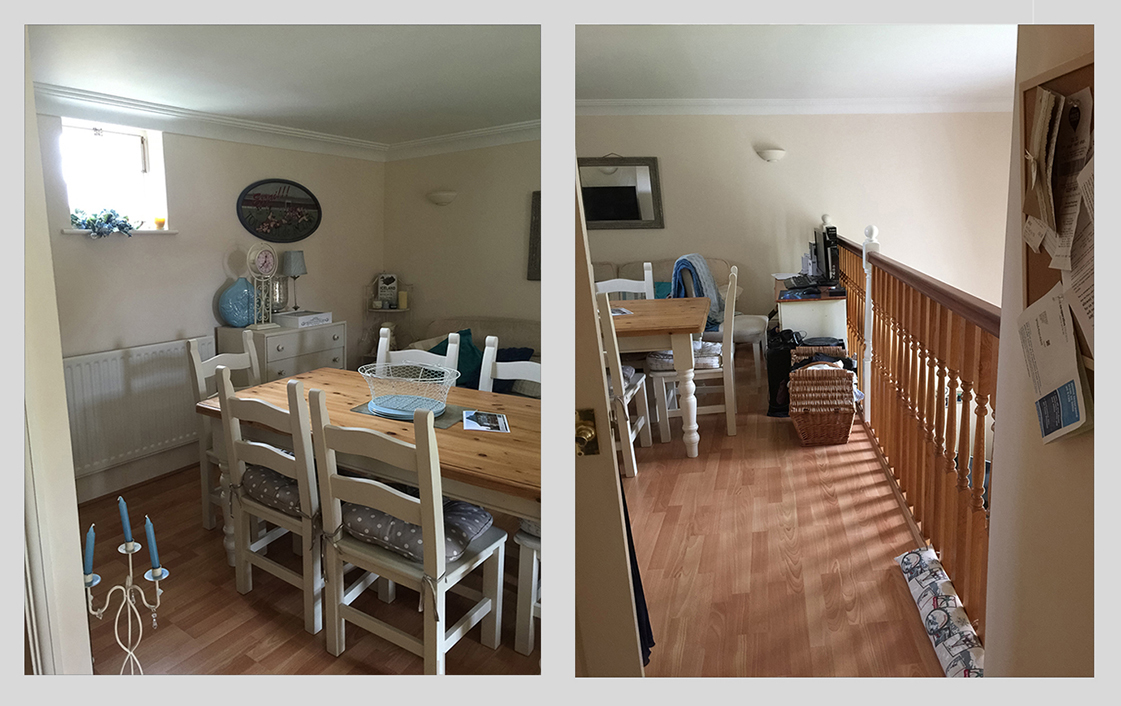 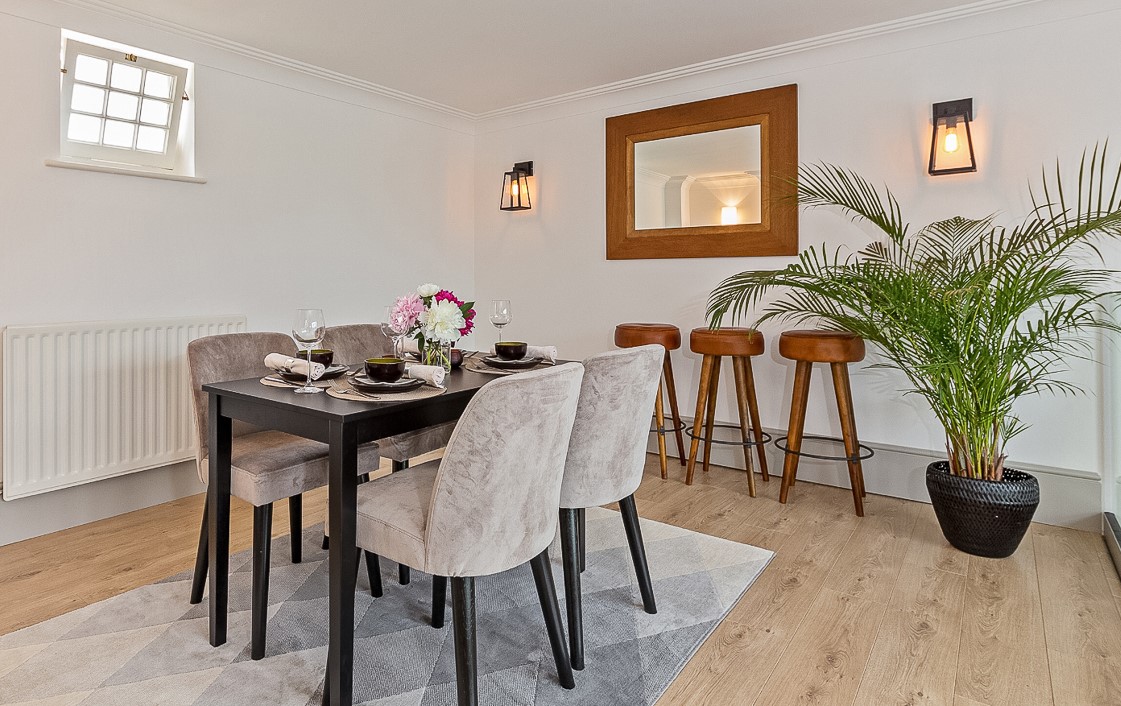 The dining room was cleared of all clutter which used to include a TV, computer, games consoles, unsightly cables, a chunky sofa and chest of drawers. It was re-created as proper a dining and entertainment space on the gallery level. 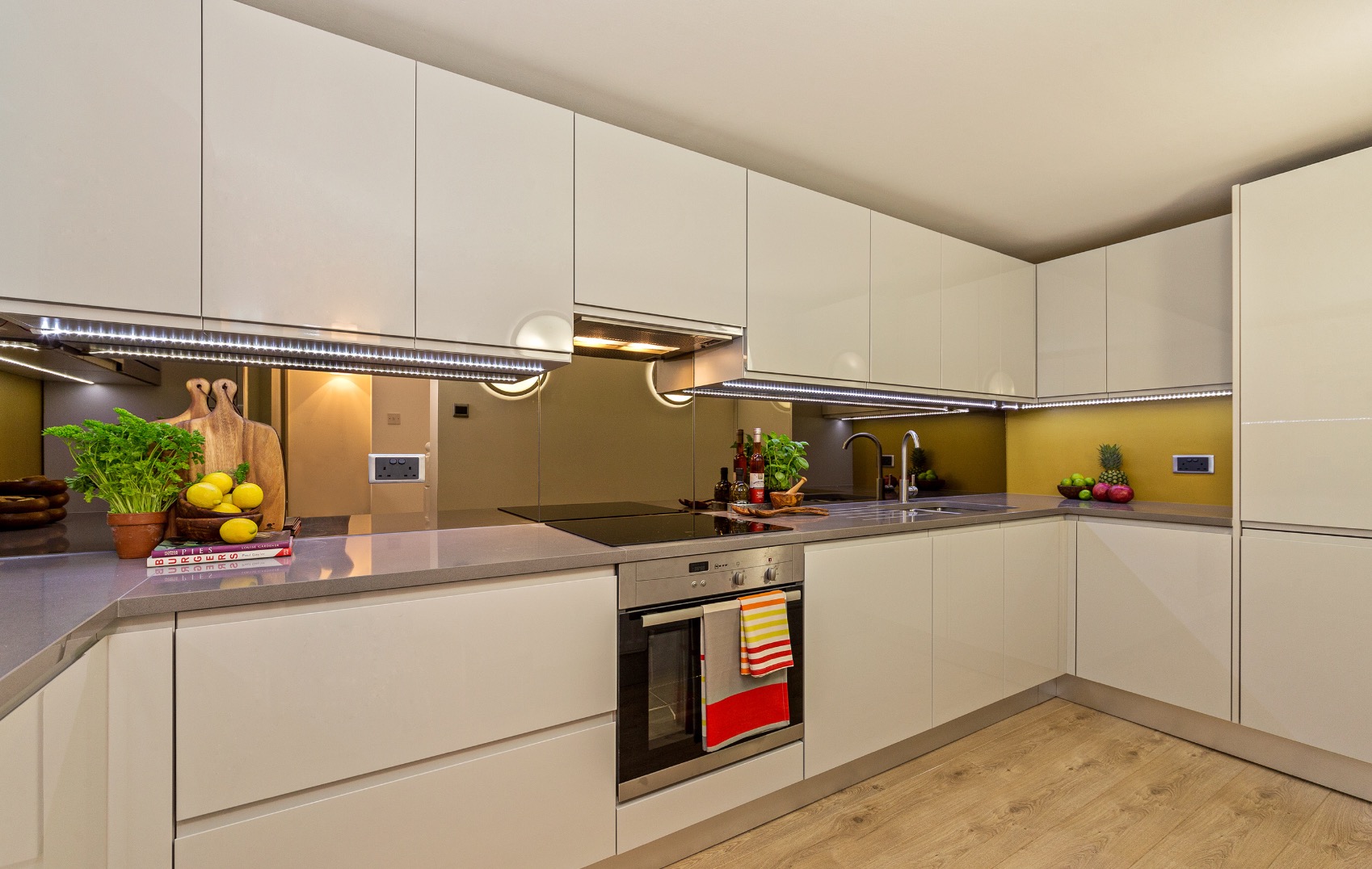 The kitchen was given a complete makeover with new kitchen units and mirrored splashback to reflect light as the room had no windows. It was then dressed to give it a lived-in feel. 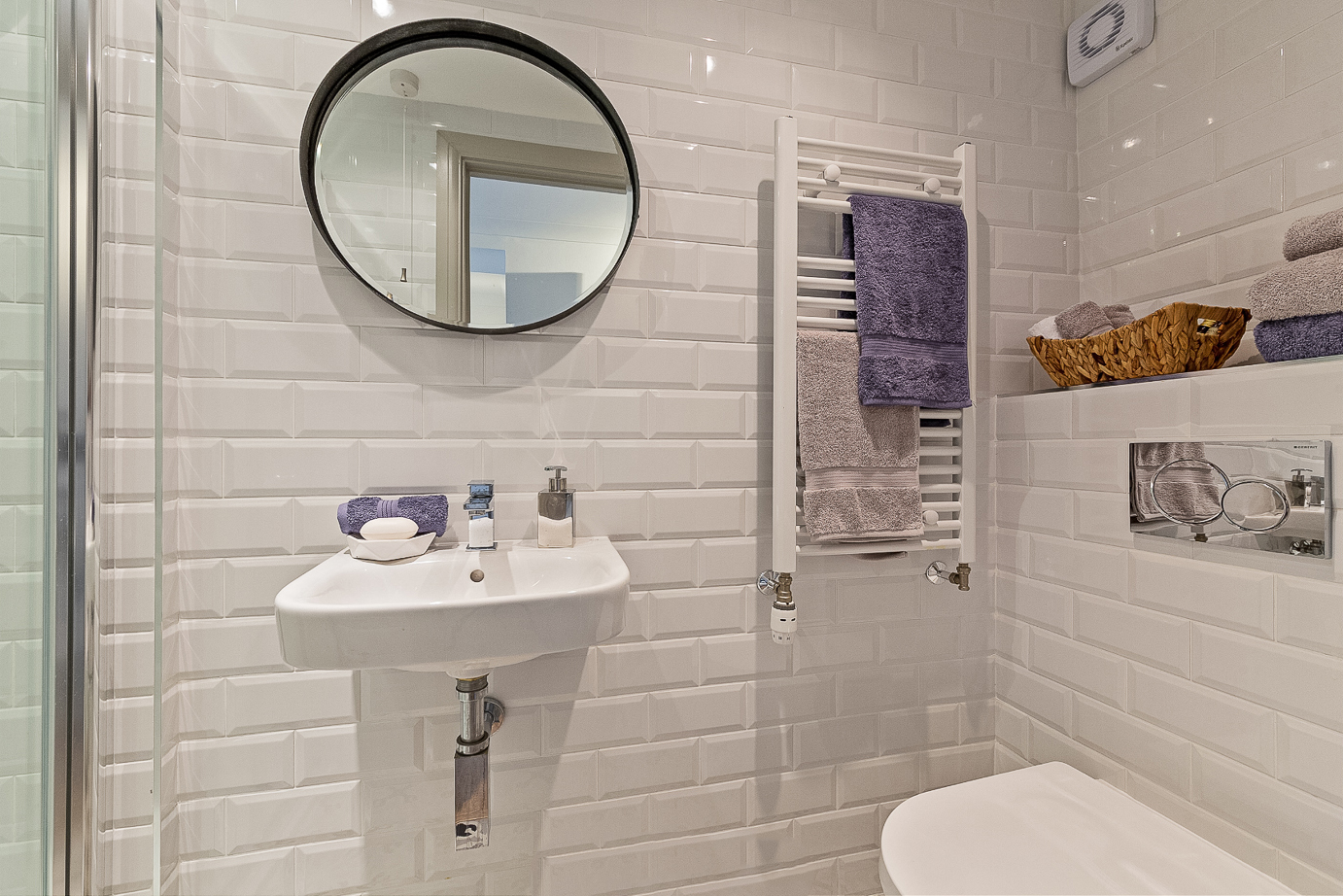 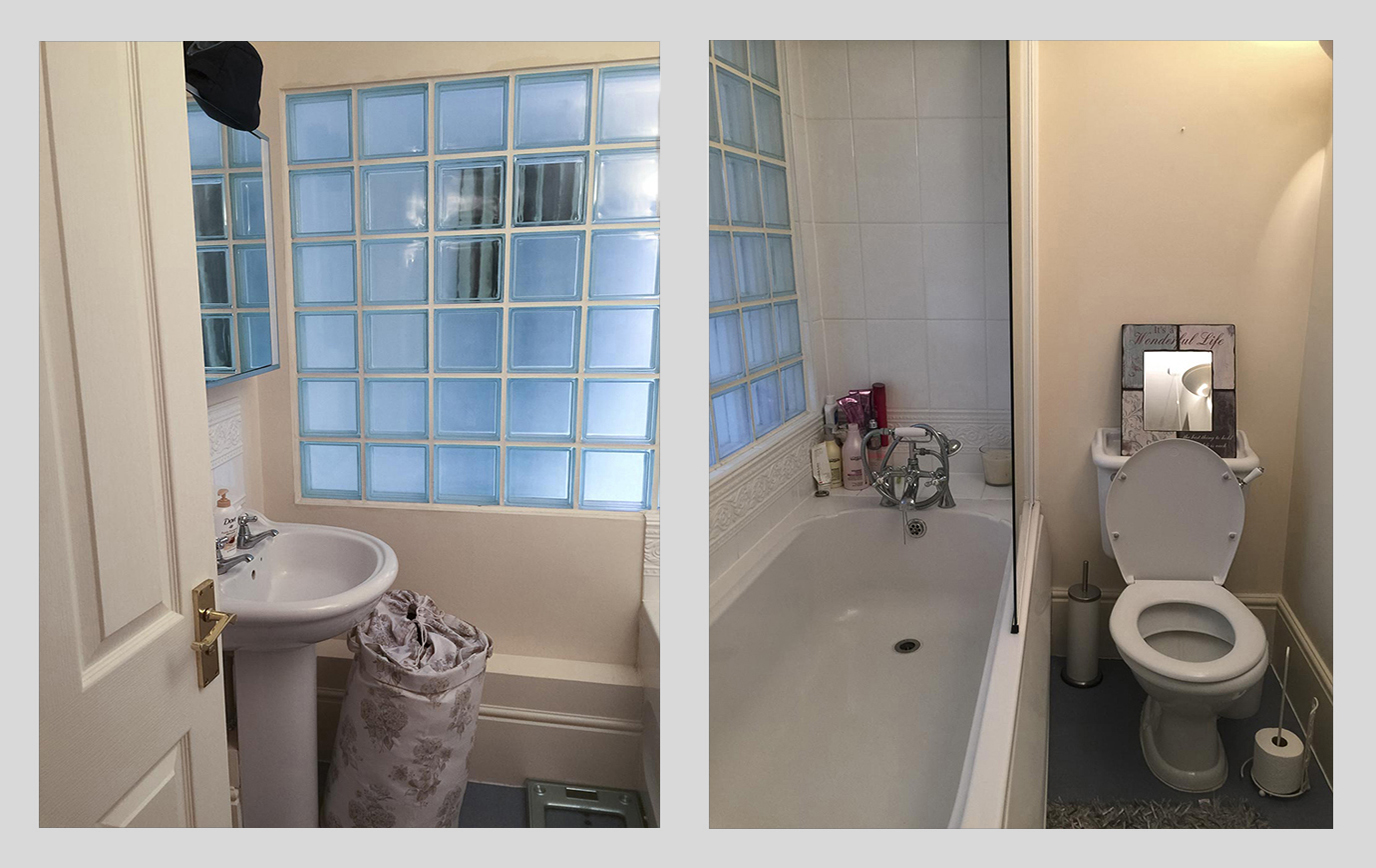 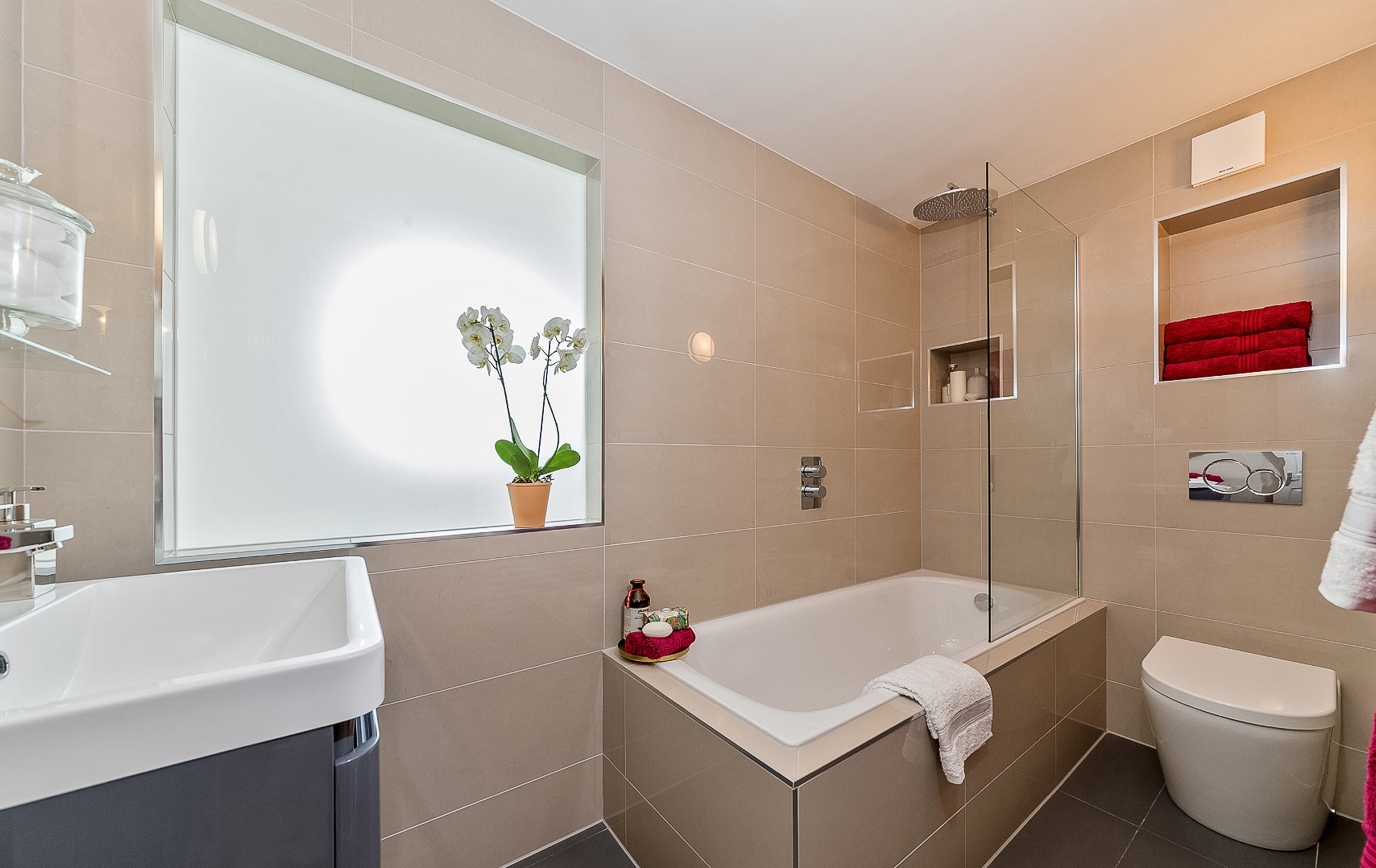 The shower room and ensuite were re-tiled and new bathroom suites were installed. The tiles chosen were on trend and in line with the popular Scandinavian look. Colours were introduced in the form of towels and accessories. The results achieved were luxurious and high end, and made the property much more appealing and attractive to the target professional buyers.

The property has been let to a Corporate tenant, who was the first to view the property on the day it went on the market. It was let through Hamptons.